CoSolutions, Inc.: The Unanimous Choice for Naval Tech IT Services

Thank you for Subscribing to Aerospace and Defense Review Weekly Brief

Ingrid Constantine, CEO & Walt Constantine, President & Donald Plebuch, SVP
CoSolutions, Inc., a flag bearer in the Naval Tech space, has been providing a complete range of technology support services to their federal clients. Founded in 1998, CoSolutions has been successfully providing services, including IT engineering and operations, cybersecurity, project management, and training support to federal agencies. With their technological prowess, the Company is driving IT transformations throughout the Department of Defense, Combatant Commands, Intelligence Communities and Homeland Security.

CoSolutions‘ largest successes for the Navy have been in the area of critical ITSM systems implementations and associated support services. The Company is instrumental in supporting Navy personnel systems that include numerous online portals and contact centers. The personnel systems help sailors across the globe avail themselves of various personnel services and are an important reform in the Navy’s Sailor 2025 initiative which uses the latest software and practices borrowed from the private sector to transform the sea service’s HR systems. CoSolutions has worked alongside their Federal customers and prime contractor partners to build tiered ITSM support systems and services that link sailors to online self-service portals and supply front-line customer service agents who assist them with inquiries. The call centers handle hundreds of thousands of transactions annually with precision and speed while offering sailors greater flexibility and a better customer experience when interacting with the personnel systems.

In light of the COVID pandemic and as the world pivots to adjust to our new reality, these Navy personnel call centers expanded their capabilities and necessarily increased staff to manage higher than normal call traffic. Understandably, sailors had questions about pay and benefits that required answers. Worldwide call centers became lifelines reassuring callers, providing expert advice and assistance and connecting customers with critical real time information. CoSolutions’ experience in this space has, once again, proved invaluable.

Success stories like these make CoSolutions a sought-after partner to the Navy. Walt Constantine, CoSolutions President who oversees the Company’s quality initiative explains,“We are an ISO 9001:2015 certified company. Quality measures and training are always built into the services we offer and the solutions we build. We take quality seriously, from top to bottom – and it truly shows in the work we do.” As the Company delivers mission critical IT and program support to the DoD and the Intelligence Community, they deploy teams of experts who are DoD mission-driven, a large number veterans who know better than anyone DoD challenges, its lingo and jargon, critical service member support needs and DoD’s unique work environment.
In fact, approximately one-third of CoSolutions’ employees are military veterans, a statistic the Company is immensely proud of.

As a premier Federal IT small business, CoSolutions is well-positioned to deliver trusted IT services to federal customers worldwide and across technical domains. For another Navy customer, the Company partnered with the Navy to transform its largest Enterprise Service Desk for payroll, personnel, logistics, educational assistance, and supply systems. The Navy needed to overhaul and run an enterprise-class service desk to enhance the efficiency of Navy 311 and its Global Distance Support Center (GDSC) customers by quickly triaging and routing tickets to the appropriate subject matter teams, freeing up IT technicians to focus on more critical tasks.

CoSolutions incorporated Robotic Process Automation (RPA) to analyze customer calls and call performance metrics, thereby streamlining the performance reporting process. A big efficiency gain for the Navy customer was to unify and consolidate siloed help desk locations across the country into a single entity. Such an undertaking required experienced, careful and time-bound coordination, integration, modernization, and automation of the service desk’s capabilities – no easy feat, but right for CoSolutions’ core capabilities. To facilitate the implementation, CoSolutions undertook an automated ITSM approach, which meant aligning the operations with Help Desk Institute (HDI) standards and ITIL best practices, combined with the Navy’s tactical and strategic objectives.

Working in lock-step with its Navy customer, CoSolutions achieved an 84 percent first-call resolution and 92 percent Tier 1 call resolution while maintaining a customer satisfaction rating above 90 percent. Donald Plebuch, CoSolutions SVP, credits this success to CoSolutions’ help desk team, of which each member was systematically trained to achieve HDI certification for facilitating better integration across the supported enterprise and customers. More than 90 percent of CoSolutions’ Navy service desk staff became HDI-certified, helping the Navy reach its goal of becoming an HDI Service Center of Excellence. Explained Plebuch, “With the ability to track and course-correct key metrics for the service desk, we were able to consistently monitor opportunities for continual operational improvement.”

CoSolution’s technical services are not just limited to the Navy but also span other areas of DoD and the Intelligence Community. As DoD and Intel undertake mission-critical operations, providing seamless and continuous services to their community is crucial. For U.S. Army INSCOM, CoSolutions engineers and operates the Agency’s Audio Visual (AV), Video Teleconferencing (VTC), multimedia, and graphics services augmenting their worldwide operations. As the pandemic persists, CoSolutions’ support is ever more vital to fulfilling INSCOM’s mission-critical worldwide communications.

The Air Force is and continues as a strategic and collaborative agency customer of CoSolutions. From cyber defense mission services to systems and network administration support, CoSolutions continues to be a go-to small business technical partner to the Air Force.

In recognition of its successful journey and growth trajectory, CoSolutions has proudly received various accolades such as being named an Inc. 5000 Honoree, a Virginia Commonwealth Fantastic 50, and Washington Technology Fast 50 (two years running) and a Virginia Values Veterans (V3) corporation.

Moving ahead, CoSolutions has been awarded two new subcontracts to work with the Navy and Marine Corps to globally supply network operations, data center operations, and enterprise service desk support.

Inspired by the success in its collaborations with its Government customers, CoSolutions is drawing a comprehensive roadmap for future growth and success. Leveraging its competitive advantage of being a nimble small business possessing a strong infrastructure and well documented processes, the entire company operates under a keen focus on quality and mission delivery. Thus, CoSolutions has positioned itself for continued growth and expansion well into the future by focusing on the success of its customers. 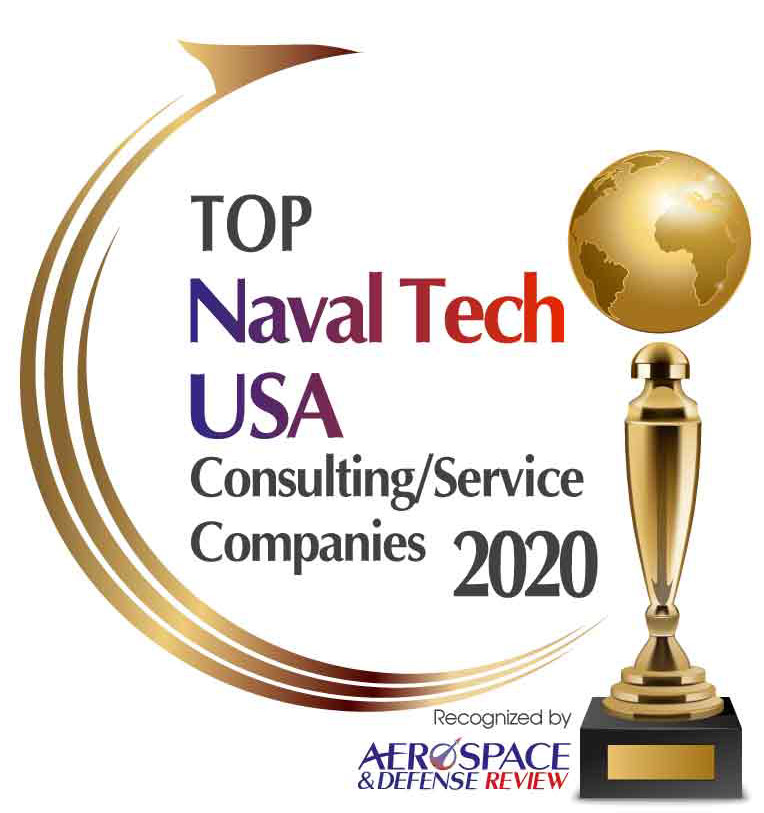 Description
CoSolutions, Inc., a flag bearer in the Naval Tech space, has been providing a complete range of technology support services to their federal clients. Founded in 1989, CoSolutions has been successfully providing services, including IT operations and engineering, cyber security, project management, and training support to federal agencies. With their technological prowess, the Company is driving IT transformations in the Department of Defense, Combatant Commands, Intelligence Communities and Homeland Security

"We are an ISO 9001:2015 certified company. Quality measures and training are always built into the services we offer and the solutions we build. We take quality seriously, from top to bottom – and it truly shows in the work we do"